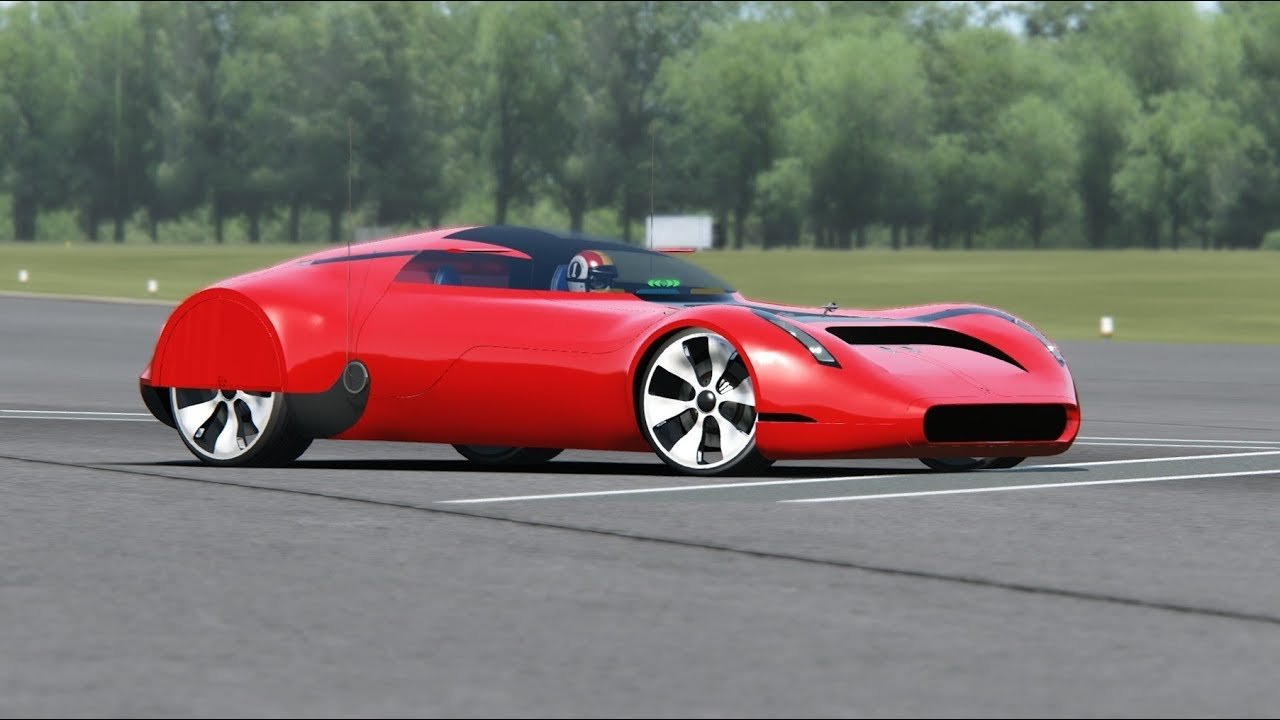 Graphic artist, writer and futurist Daniel Simon is the current darling of both Hollywood movie studios and the top levels of the video gaming industry. Where this man’s wild brain goes, billions in potential commercial opportunities seem to follow. His most groundbreaking work for car enthusiasts came with the founding of Cosmic Motors some years ago. Future cars from Cosmic Motors are often capable of flight, hypersonic speeds and include unimaginably advanced racing and weapons technology. Away from the brutality of the interstellar race circuit, Cosmic Motors also produces a line of super-luxury coupes called the Galaxion. The Galaxion 3000 and 5000 personal luxury coupes present a luxurious way to warp to the 330 mph top speed inside a plush two-seat cockpit. A fusion cell provides the energy for unlimited lifetime use. 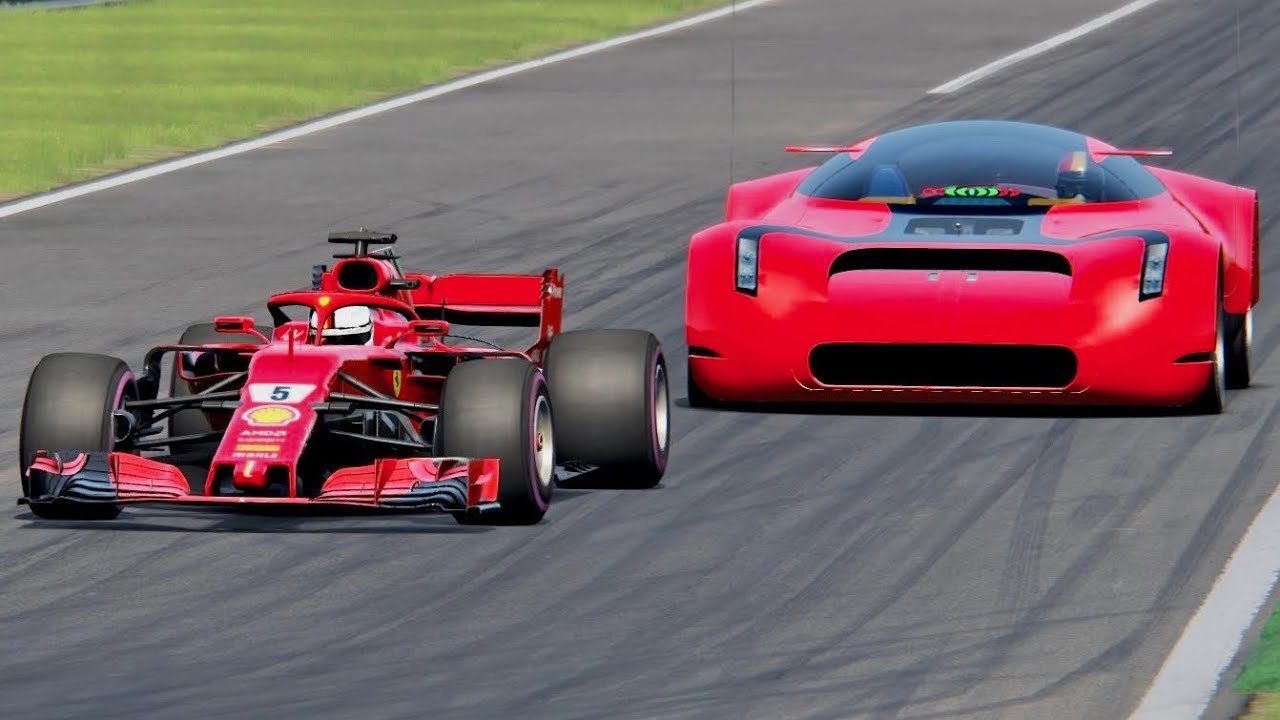 Powered by a compact and shatter-proof Xenoramium fusion reactor fuel cell, the Galaxion offers performance enough to mean Cosmic Motors drivers are first in the asteroid field or toll booth drag races. The 3000’s estimated sprint time of 1.82 seconds drops down to just 0.81 seconds (projected) for the forthcoming Galaxion 5000 Black Edition.
Bringing a 20-percent power boost to CM 1180 (about 2,360 horsepower), the top speed for this menacing performance model is close to 400 mph (on land). 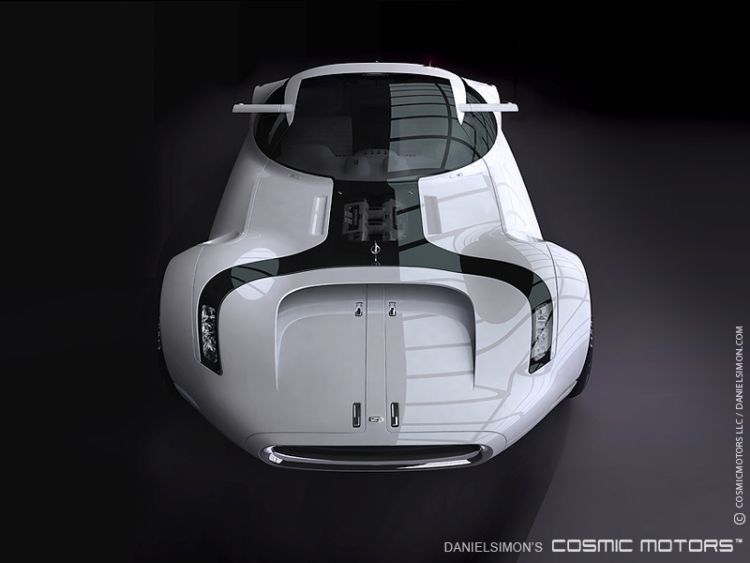 Daniel Simon’s charming and provocative future vision is addictive in its attention to detail and stunning design at every turn.
To learn more about the Galaxion and dozens of other models in the CoMo range, Mr. Simon’s gorgeous books is & available now at book stores everywhere . 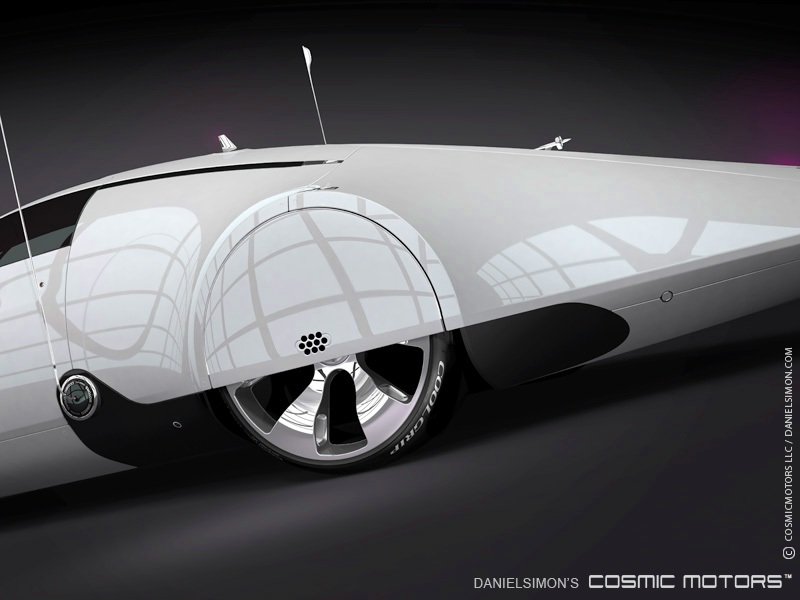 Project History:
This is the forth Gift Horse Mouth Studios project, a line of free sim racing cars, each with a timeless story.  Hidden but picked up and brought alive in Asset Corsa, so that motion can breath life into a valuable dream.  We felt the book Cosmic Motors is not just a  book of pages with ink, but a key to another place, a real place called Galaxion. It exists, it must be a real place. 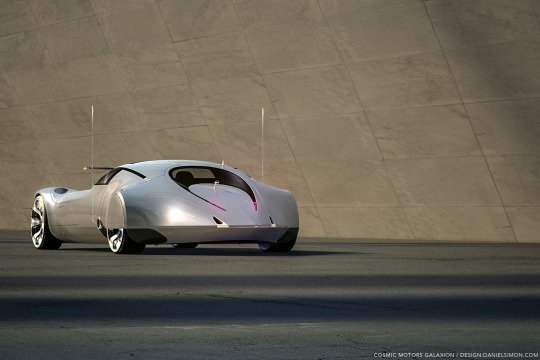 The strong  feeling of longing towards Galaxion I feel has some form of connection to the poem by Samuel Taylor Coleridge.. 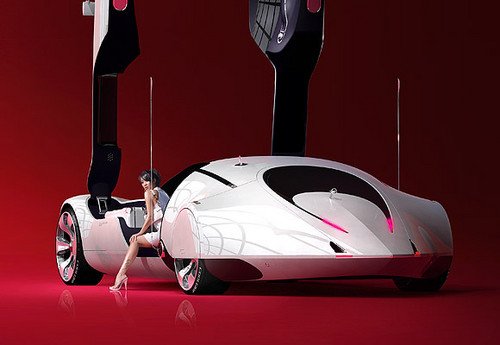 The Galaxion 5000 is the ultimate flower, so close but out of reach,  she simply had to be gently held and brought back, to be given life through motion. We had to do it, we had to bring her back.
The project is a centre point mandala for Galaxion. 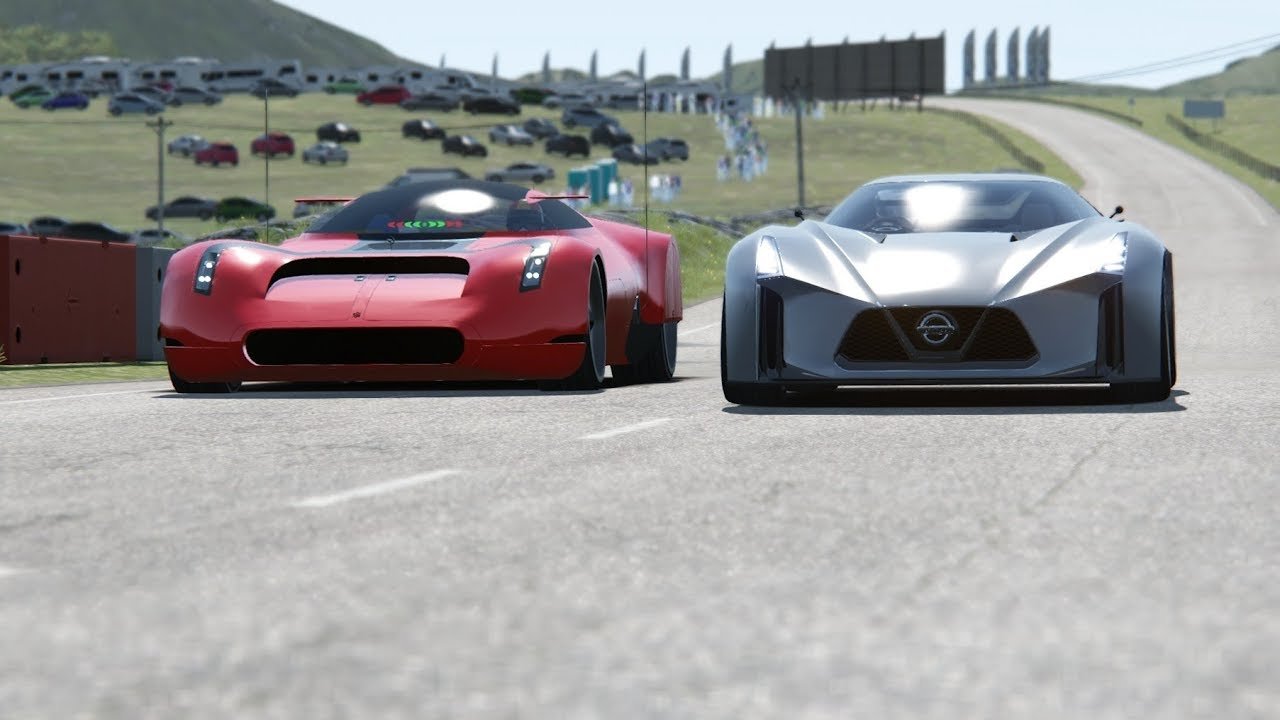 Daniel Simon (1975) is a concept designer, author, photographer and producer.
After working as a Senior Car Designer for Volkswagen and hypercar maker Bugatti, he started working in Hollywood as a Vehicle Concept Designer in 2008.
Simon created unforgettable vehicles for Tron: Legacy, Captain America, Prometheus and Oblivion.
Interested in alternative worlds and history, Simon creates his own books. 'Cosmic Motors', published in late 2007, paved his way into the movie industry and set new standards in 3D design and visualization. 'The Timeless Racer', his second book - coming in June 2013 - is already praise by BBC Top Gear magazine as 'the next big coup' and has a foreword by famed racing icon Jacky Ickx.
Simon also collaborated with racing outfits. He designed the livery for the 2011 Formula 1 team HRT and the current Le Mans efforts of the Lotus LMP2 team. Simon lectures about design at universities and conferences in California, Japan, Brazil and Germany.

This is a free to play not for profit mod for Asseto Corsa.

[Tech Details]
Mod is a work in motion.
Change log details will be added here

No changelog available for this version.